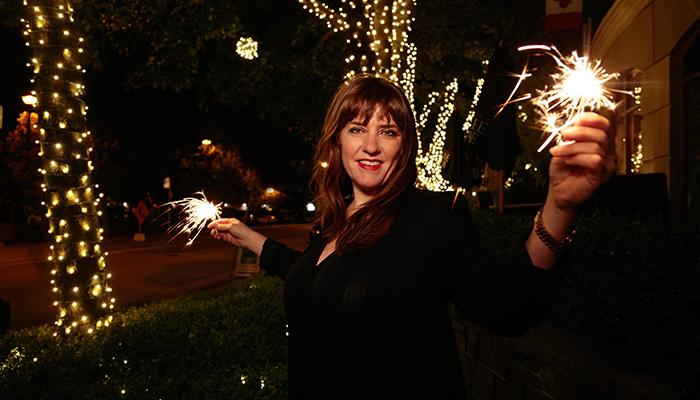 Rose Zack is a Calgary-Halifax transplant, calling Halifax home for nearly a decade. She is continuously inspired by Nova Scotia’s creative communities; in particular the spirit of collaboration across disciplines and throughout the province.
A community and cultural organizer, Rose’s passion for art, culture, and community has had her actively involved a number of cultural and heritage organizations across Canada. Prior to moving to Halifax in 2007, Rose was a Public Programmer at Calgary’s Glenbow Museum. She is currently Outreach Manager with the Atlantic Film Festival in Halifax. Rose has volunteered as a board member with several local and national arts organizations, including ArtCity, Centre for Art Tapes, Business for the Arts – ArtScene Halifax, Creative Cities Network and held key roles in the founding and development of Nocturne: Art at Night.
Rose’s commitment to art and culture has been recognized by the Chronicle Herald’s Arts & Culture Honour Role (2011), Canadian Progress Club’s Women of Excellence Awards – Arts & Culture (2012), Progress Magazine’s People We Love 2012, and Fusion’s GO Awards – Arts & Culture (2012).
Being a part of the Creative Nova Scotia Leadership Council offers an opportunity for Rose to build upon her nearly two decades of experience celebrating culture. Having worked with many artists and community groups in the region, she looks forward to representing and advocating for those varied perspectives at council.